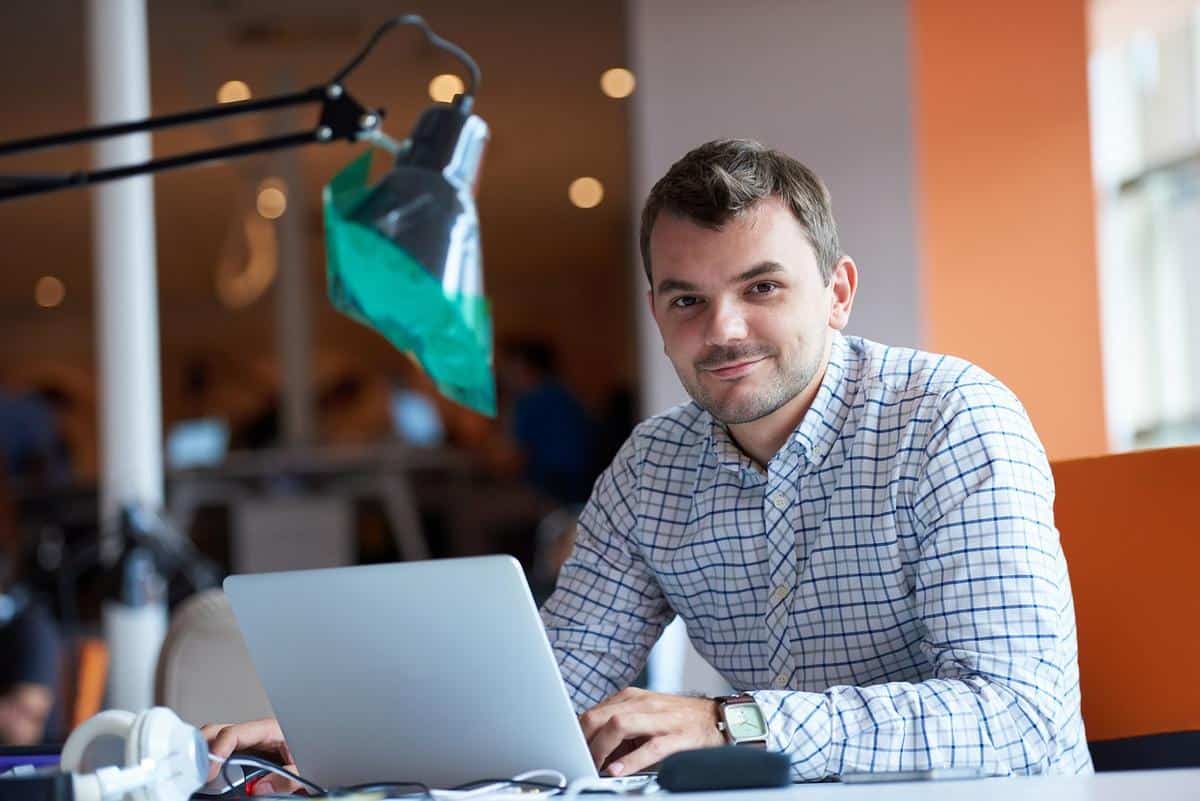 With every new age comes new technology and, with it, new rules about how we communicate. Defamation has been “on the books” as a legal cause of action for several centuries, although it used to refer to material “published” in newspapers, pamphlets or essays distributed to the public.

Under California law defamation is generally defined as an (1) intentional (2) publication by the defendant (3) that is unprivileged and (4) has a tendency to injury the reputation of another or causes special damages. (Smith v. Maldonado (1999) 72 Cal.App.4th 637, 645 [85 Cal.Rptr.2d 397]. These elements will be further defined below.

Defamation per se refers to comments that are assumed to cause damage to the character or reputation of another. The classic examples are false statements about another person that falsely accuse them of being a criminal, loathsome disease (e.g., syphilis), immorality or dishonesty in business. In some cases, false and defamatory comments that cause actual damage can be grounds for a lawsuit.

Defamation law has interesting sub-categories within it, such as when a public figure is involved in a matter of public interest, when an allegation is made within the confines of a lawsuit—the so-called “litigation privilege” or when truth is asserted as a defense, especially when made as part of an accusation (truthful) against a public figure. Sometimes a strong defamation case can be made from a single defamatory statement if published to wide audience with knowledge of falsity, reckless disregard or even a re-publication of knowingly false and defamatory material.

Sometimes defamation cases must balance an individual’s right to privacy against the freedom of the press, such as when a matter of public interest is involved. Two cases in American history, one during colonial times arising from what would now be considered a newspaper publisher’s “op-ed” piece against the colonial governor of New York and a recent case involving a professional wrestler, an online newspaper arguably engaging in tabloid journalism, and a radio “shock jock’s” unorthodox idea of home entertainment.

The first case is about John Peter Zenger, a printer from colonial America who ran the New York Weekly Journal, which among other things, issued editorials about issues affecting what was then the colony of New York. New York’s colonial governor, William Cosby (not the infamous comedian) was unhappy with the salary that he was receiving and the fact that he was unable to successfully petition the New York supreme court for a fatter paycheck.

Governor Cosby replaced the chief justice with the objective of packing the court with judges who were more sympathetic to his claims and thus more likely to rule in his favor. Mr. Zenger objected to what he saw as a corruption of the separation of powers that could, if left unchecked, lead to (more) tyranny. So, Zenger wrote his editorial criticizing the governor’s practice as corrupt and was subsequently charged in 1735 with libel for his “seditious” publication. Zenger spent 8 months in prison awaiting his trial before ultimately being acquitted.

Zenger’s lawyers, Andrew Hamilton and William Smith argued that the claim was both true and a matter of public concern—what would today be characterized as an argument for freedom of the press protected under the first amendment. Of course, at the time, the colonies were still under British rule and American’s constitutional rights would not be established until 1791 with truth as a defense in a defamation case not being recognized by the New York state legislature until 1804.

Ultimately the public figure/public interest versus private figure distinction became important in setting two different burdens of proof under the landmark Supreme Court case New York Times v. Sullivan, 376 U.S. 254 (1964). That case involved the New York Times reporting on civil rights developments in Alabama. The Times article contained slight inaccuracies about policing in the state, so the public safety commissioner, Sullivan sued the New York Times for defamation. The supreme court decided that it was important to have free and robust public debate about public figures and that, if journalists or the public feared lawsuits over debating matters of public interest in a public forum, then it would have a chilling effect on free speech.

The court establish two separate standards of proof, one for public figures and public officials and another for private citizens. For private citizen plaintiffs, the standard of proof would be ordinary negligence, whereas with public figures (including those who had achieved “celebrity” such as Michael Jackson, O.J. Simpson or celebrity wrestlers) and public officers a higher standard of proof would be required—actual malice or reckless disregard of the truth of the matter asserted. Actual knowledge of the falsity of the statement could also be used to establish actual malice.

Compare the decision in Times v. Sullivan that with the recent decision in Bollea v. Gawker Media, LLC, 913 F.Supp.2d 1325 (2012). In Bollea, Terry Bollea, the private person behind the famous wrestling personality “Hulk Hogan” sued online publication Gawker Media, publisher of the snark and tabloid journalism website Gawker.com, over a video that Bollea claimed was not newsworthy, a violation of his privacy that caused him to suffer severe emotional distress and that Gawker.com published the video with the objective of financial gain rather than fostering public debate.

Mr. Bollea claimed that under the assumed public persona and fictional character Hulk Hogan, he had often appeared in public on radio shows such as show hosted by “Bubba the Love Sponge” and The Howard Stern Show. He conceded that, when in character, the was prone to exaggeration, false statements and various claims to his superior masculinity. Bollea contrasted that with his private personality when at home or in the company at others at a private home.

Bollea was friends with the radio host formerly known as Todd Clem, who had legally changed his name to “Bubba the Love Sponge.” Mr. Clem, a.k.a. Mr. Sponge, was good friends with Mr. Bollea (a.k.a. Mr. Hogan) at some time in the early 2000s when Mr. Bollea was going through a divorce from his wife. Mr. Clem/Sponge and then-Mrs. Clem tried to comfort Mr. Bollea and improve his spirits by having Mr. Bollea take up certain relations with Mrs. Clem, which Mr. Clem then filmed either with or without the knowledge of Mr. Bollea.

About a decade later Gawker had become known for publishing salacious stories about celebrities. An anonymous source sold his surreptitious recording of the Bollea/Clem encounter to Gawker media which then published it under the warning that it was not safe for work (“NSW”) as, belatedly, this article may be and also not suitable for children. Despite the fact that Hogan had bragged about his sexual prowess on the Howard Stern show and having a reality television show about his family, Bollea claimed that his private personality was, well…private. And while the video was truthful in that it had not been fabricated, it was nevertheless private and not intended for public consumption.

Bollea sued Gawker and Mr. Clem in federal court for invasion of privacy, intentional infliction of emotional distress. Mr. Clem settled for $5,000 but Gawker refused to settle. Therefore, Mr. Bollea’s case proceeded against Gawker for $100 Million. In short, Gawker lost, went into Chapter 11 bankruptcy protection and ultimately settled with the plaintiff and his investors, including billionaire, Peter Thiel, whom the gossip website had previously outed as gay, for $31 Million and 45% of the sale of its assets.

In March 2016 the jury agreed with Bollea that the video, which was viewed 2.5 Million times, was not newsworthy and invaded his privacy–awarding him $140 Million total, comprised of $115 Million in compensatory damages and $15 Million in punitive damages.

Ironically, the case is highly relevant to First Amendment litigation and has generated sharp criticism both for and against its decision. The important lessons from the case are the litmus tests applied to defamation and invasion of privacy cases such as: who is making the statement? Is that person a public figure, a public official or a private citizen? Are the decisions to publish being made for financial gain? Is there a newsworthy concern affecting the public interest? And whether a publication with factual errors was done with reckless disregard or out of ordinary negligence.

As more people interact in the digital age over a wide variety of internet social media and public forums, the question of who is a journalist and what is to be considered actual journalism apparently need to be more narrowly defined. Also, it is likely of interest to both speaker and subject what potential liability exists for defamatory statements and invasions of privacy for not only financial reasons but also the integrity of one’s reputation and those about whom they “gossip”.